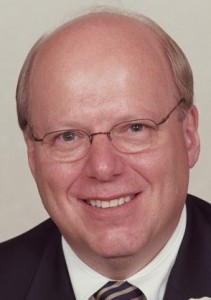 Derek has been a litigation lawyer for over 40 years. He was first called to the Ontario Bar with Honours in 1975, having graduated from Osgoode Hall Law School. He immediately started working at renowned Toronto law firms as a business law and construction law litigation lawyer.

Derek has appeared before the Supreme Court of Canada, the  Federal Court of Canada and all levels of the Ontario Courts, including the Court of Appeal. His practice areas are listed here.

He is a member of the Law Society of Upper Canada, the Canadian Bar Association, Ontario Bar Association and The Advocates Society having served on the Executives of the Civil Litigation (Chair, 2005-6) and Construction and Infrastructure Law Sections of the Ontario Bar Association (OBA). Derek is a registered member of several OBA Law Sections, has served on four executives, including Civil Litigation and Construction and Infrastructure Law. He is a current elected member of OBA’s governing Council and has served on its Audit Committee.

As a volunteer, he assisted the Justice community by serving on the Integrated Justice Project, the world’s largest attempt to unify three government departments in the Province of Ontario. He chaired many committees in the Integrated Justice Project. He is a member of the e-Discovery Implementation Committee, serving on its Precedent subcommittee, former Chair of the Website Subcommittee and speaking at its Annual Institutes in 2011 and 2012. Derek has spoken internationally about Courts and Technology. Commencing in 2015, Derek was invited to join the Advisory Group of the Province’s Expert Review of the Construction Lien Act; he was Co-Chair of the OBA’s Construction & Infrastructure Law Section’s SubCommittee setting up the OBA’s submissions to the Expert Review. Together with Nick Backman, he published the first Consolidation of Bill 142 and the existing Construction Lien Act on June 1, 2017. He continues to be an active member of the Advisory Group. With Dillon Shields FreemanLaw is now publishing the 2021 Consolidation, unique in that it shows all changes between the old and new Act, as well as incorporating all the current Regulations throughout the Construction Act.

As a lawyer, Derek has mentored over 35 Articling Students and LPP Candidates and several young lawyers, which practice he continues.

Practising in Civil, Commercial and Construction Litigation, assisting with Estate Litigation and practice

FreemanLaw retains other lawyers to assist our clients’ needs as they arise. 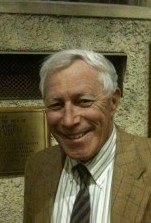 Wayne McCracken is FreemanLaw’s outside Corporate Law and Competition Law expert, assisting the firm in solving our clients’ most complex matters. *Wayne is neither a partner nor an associate lawyer of the firm.

Wayne has run his own specialized practice since 1982, dealing with competition, advertising, marketing and distribution law.  He is the co-author of the Carswell legal service Canadian Competition Law, 1989 to the present. He is the author of many articles including “Conspiracy and the Competition Act: Certain Questions,” University of Toronto Law Journal; “Consumer Product Warranty Law: Ontario and Places West,” Meredith Memorial Lectures at McGill University, published by Richard DeBoo. He was the Editor-in-chief and competition law editor of Business & The Law, Richard DeBoo from 1986 to 1989.

Wayne has appeared before Senate and House of Commons Committees concerning proposed competition and advertising legislation. He also has contributed to presentations and publications for various organizations including the Canadian Bar Association, Ontario Bar Association, Law Society of Upper Canada, The Canadian Institute and the Conference Board of Canada. He acts for companies and individuals in relation to competition law matters, investigations, prosecutions and civil actions and for a number of companies, advertising and promotional agencies in relation to advertising law, contest law and distribution law matters.